HELPER, the Drone Aiding Search and Rescue Teams at Sea The drone has a built-in thermal camera and can stay in the air for 40 minutes, meaning it can automatically locate and identify people in difficulty at sea, day or night, and making it easier for lifeguards and rescue workers to find and bring them to safety

Controlled using a touchscreen tablet, HELPER can also, in emergency situations, drop a self-inflating life buoy with a communications system near the person awaiting rescue, allowing them to talk to a lifeguard onshore.

But rescue at sea is not the only advantage offered by the drone, which won first prize in the European Lépine competition for inventors and manufacturers in 2016. It can also spot spills of pollutants at sea, improve radio communications for boat crews near oil platforms and feed images directly to crisis rooms anywhere in the world.

After successful trials on the beaches of Biscarosse and the CLOV FPSO in Angola in November 2016, HELPER is now the subject of a scientific study to demonstrate that a drone is the fastest way to save victims in danger of drowning off the coast.

Successful trials for HELPER, the drone 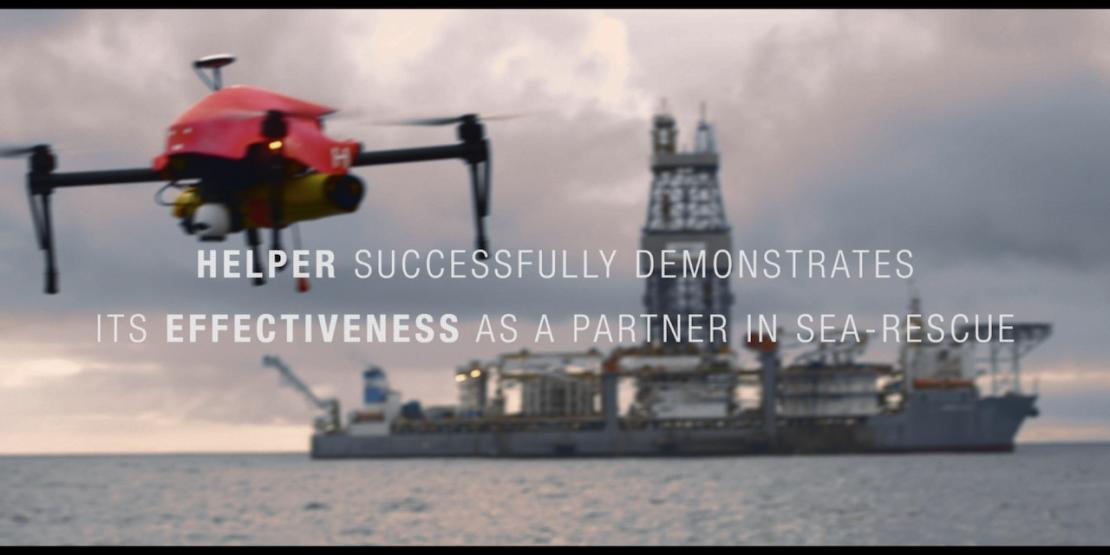