Yamal LNG: the gas that came in from the cold

A Complex Yet Highly Competitive Project

Launched in late 2013, Yamal LNG is one of the largest and most complex LNG projects in the world. But it is also one of the most competitive, as it leverages the immense onshore gas resources of Russia’s Yamal Peninsula. With partners Novatek, CNPC and the Silk Road Fund, TotalEnergies is developing the enormous South Tambey gas and condensate field.

The project aims to tap natural gas reserves totaling more than 4 billion barrels of oil equivalent. To do so, more than 200 wells have been drilled and three liquefaction trains built, each with a capacity of 5.5 million metric tons. Every year, nearly 16.5 million metric tons of LNG will transit through the port of Sabetta, with all LNG production sold to customers in Europe and Asia under 15- to 20-year contracts.

Yamal LNG started up production in November 2017. By the end of 2018, the site had seen the construction and start-up of three trains with a total design capacity of 16.5 million metric tons of LNG. Since then, the first three trains have exceeded their nameplate production capacity by 10%, and a smaller fourth train with a capacity of 0.9 million metric tons a year is under commissioning. With train 3 started up one year ahead of schedule, Yamal LNG, which operates under extreme weather conditions, is a resounding industrial success!

Yamal LNG is located above the polar circle in the estuary of the Ob River, a wild, remote region that is frozen for seven-to-nine months a year and where winter temperatures can drop as low as -50°C.
To ensure its stability in the permafrost (a thick layer of frozen subsoil whose surface only thaws in summer months), the LNG plant was built on tens of thousands of piles of varying shapes and sizes - a solution never used on such a large scale before the Yamal LNG project.

Foundations on permafrost: Learn more about the engineering challenges involved in Yamal LNG on our Exploration & Production site

At the start of the project, there were no access routes to the site by land or by sea. To facilitate the transportation of equipment and staff, construction began on a large-capacity regional transportation hub in 2011, comprising the port of Sabetta and an international airport. Shipping LNG in such extreme conditions also required TotalEnergies and its partners to design a new breed of vessel: the LNG ice-breaker tanker. This innovative solution allows LNG to be transported all year long without the assistance of ice breakers. Measuring 300 meters and boasting a capacity of 172,600 cubic meters, the ship can sail in ice of up to 2.1 meters thick. In all, 15 unique LNG ice-breakers have been specially designed and built for the Yamal LNG project, beginning with the Christophe de Margerie. 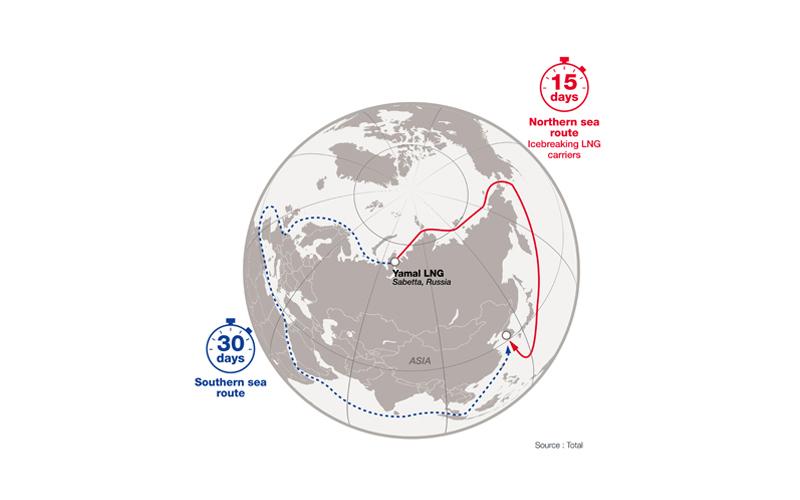 To unlock access to the vast gas resources of Russia’s Far North, the Yamal LNG project has inaugurated a new LNG shipping route. Known as the Northern Sea Route, it enables vessels to reach Asia in 15 days via the Bering Strait, compared with 30 days using the conventional route through the Suez Canal. The journey can be made between May and November, when the ice is thin enough to navigate. This feat is only possible thanks to a new breed of versatile LNG carriers, which feature ice-breaking technology. 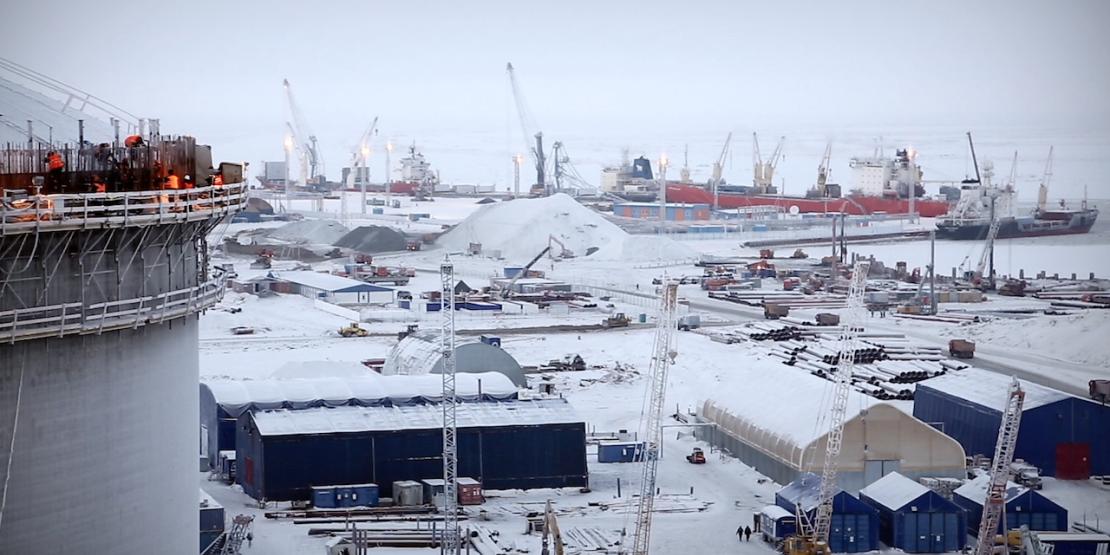 Over 25 years of operations in Russia
Find out more

Proving our expertise in extreme circumstances
Find out more