“Woman Offers Women a Mirror of Themselves, and Men a Window Into the Reality of Women’s Lives”

Woman, a documentary film supported by Total, was released in movie theaters on March 4, 2020. The film is a cinematographic tapestry that weaves the stories of 2,000 women from 50 countries. Speaking to the camera against a plain black background, their faces and words are like daggers. We interviewed filmmaker and journalist Anastasia Mikova who, together with photographer and reporter Yann Arthus-Bertrand, put together this collective, intimate portrait of those who make up half of humanity. 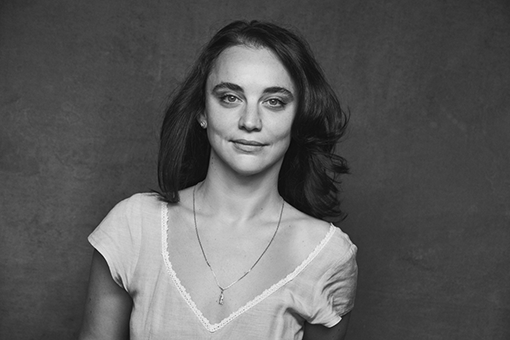 What motivated you to undertake this film four years ago

Anastasia Mikova / The inspiration for the project came from the hundreds of women we met during the filming of our last documentary Human (see box). We were deeply moved by their stories when we shot the film between 2012 and 2014. Often shy or suspicious before the interview took place – compared to the men who were talkative and proud – they completely opened up once they were in front of the camera. It was as if they had waited for that moment their whole life. Everywhere we went – Vietnam, Turkey, the United States or Mozambique – they needed to talk. But, most important, they needed to be heard. Having worked as a field journalist for many years, I can tell you that 10 or 15 years ago they would never have been able to bare their souls like this. Something was happening. Listening to their stories and seeing how brave they were, it became obvious that the time had come to make a movie dedicated entirely to women. They were ready.

What do you hope the audience will feel when they see the film?

A. M. / Woman offers women a mirror of themselves, and men a window into the reality of women’s day-to-day lives. Everyone will discover something – the discrimination and violence that women have to endure, but also their feelings toward work, love, maternity, their bodies... Every time I attended a screening, people came up to me afterwards to say how much they wanted to talk about what they heard in the film – with their wife, daughter, father, friends, etc. This is the best reaction I could possibly hope for: to create a desire to mutually understand one another, to have a discussion with family and friends that people may never have dared to have before. Although this may sound insignificant, I firmly believe that change begins here, one person at a time.

Woman paints a highly nuanced portrait of the position women occupy in the world today, from the brightest spot to the darkest. How do you envision the future?

A. M. / I’m very optimistic. Something profound is taking place in our societies. I’m not saying the transformation will be easy, that it will be quick and smooth, but things are changing, and it’s obvious that women aren’t going to go back. That’s why it’s so important to speak out: when you let people express their views, you encourage others to do so as well – each and every one of us. You open people’s eyes to another reality, break down barriers, give people the courage to speak their minds.

The filming experience must have been very intense. What did you learn from it?

A. M. / The main thing I learned from this experience was that women are incredibly resilient. Their ability to deal with the unimaginable, to remain standing in the face of the unbearable, dignified. This strength is so much greater than what I could have imagined. When I see what they’re able to achieve in a world that still imposes so many limits on them – and violence – I can’t help but wonder what amazing things they would accomplish if all those obstacles were removed.

Did the women you interviewed see the film? What was their reaction?

A. M. / In every city where we hold a screening and greeting event, we do everything we can to invite the women who participated in the film. It’s always a powerful moment – for them, for us and for the public. Apart from the interview – which for them is often a defining moment – the main thing is that the women feel they are as much a part of the project as Yann Arthus-Bertrand and me. After all, we’re just intermediaries between them and the public. Without them, this film simply would not exist. Seeing them present at the screening and proud to be part of the project is the best answer to all the questions one might have as a director.

In fact, the project extends beyond the production and distribution of Woman. Can you tell us more?

A. M. / Absolutely. We wanted to go further. That’s why we created the nonprofit WOMAN(s), which stands for Women on Media and News – School. The purpose is to train women and girls from all over the world for careers in the media industry. And it’s the backing of our corporate patrons that made it possible to create it and pledge that all the proceeds from the film would go to financing a media training program for women in Lebanon, Brazil and India, for instance, so that they in turn can act as spokeswomen for all those whose voices have remained silent in their country for too long.

“Total, building on the strength of its 100,000-strong workforce of women and men, strives to achieve equality at every level of the company and promote gender diversity among its workforce, especially in the industrial and technology sectors. The Group, which sometimes operates in areas where women are among the most vulnerable members of society, is also strongly committed to advancing human rights and works to uphold respect for women’s fundamental rights worldwide. That is why Total chose, from the very outset, to support Woman, a movie project led by Anastasia Mikova and Yann Arthus-Bertrand. The Group is proud to be a major partner of a movie that naturally echoes the company’s values, code of conduct and actions on the ground.”