The Valuable 500: Taking Action for the Inclusion of People with Disabilities

On January 21, Total joined The Valuable 500, a global initiative aiming at explicitly putting the inclusion of people with disabilities and the unlocking of their potential on the agenda of multinational companies. Announced during the World Economic Forum in Davos, Switzerland, this pledge represents a step further in Total’s commitment to be a responsible employer.  Back on this global initiative through the testimony of Caroline Casey, founder of The Valuable 500 movement and the statement by Total.

The call was issued during the previous World Economic Forum, in January 2019. Its aim was to get 500 of the most influential CEOs and their brand to join in, within a year.

“Why target companies, you ask? Because the business is the most potent catalyst for change on the planet: their leaders make choices, decide on priorities, and these create culture – inside their company, and out. And why 500? Because it is the critical mass necessary to get to the tipping point we are looking for, for a real transformation to happen”, Caroline Casey, founder of the movement, explains. Indeed, The Valuable 500 wants to trigger in-depth change: for the business to commit not only to further include people with disabilities, but, more importantly, to unlock their potential. And for them to actually put it on their agenda.

“We’ll have succeeded when disability is no longer dealt with as an anomaly to merely integrate in the business, a financial burden or a matter of compliance, but rather seen and seized as an opportunity for growth and innovation. When we no longer try to make difference invisible but leverage it. Today, that’s 1.3 billion people1. 1 out of 7 people, she insists. What business would want to overlook this colossal economic, social and business potential? The challenge we gave CEO is simple: putting disability on their board agenda and stating publicly their firm and tangible commitment to disability.”

To this day, 240 companies have joined the movement, including Total, and an extra 227 are in the process of doing so. “In January 2019, 56% of multinational company boards had never discussed disability2. With the Valuable 500, we want to change that. There is still much to be done. Yet, I believe 2020 will be a key turning point in this narrative”, she concludes.

Taking action for the inclusion of people with disabilities 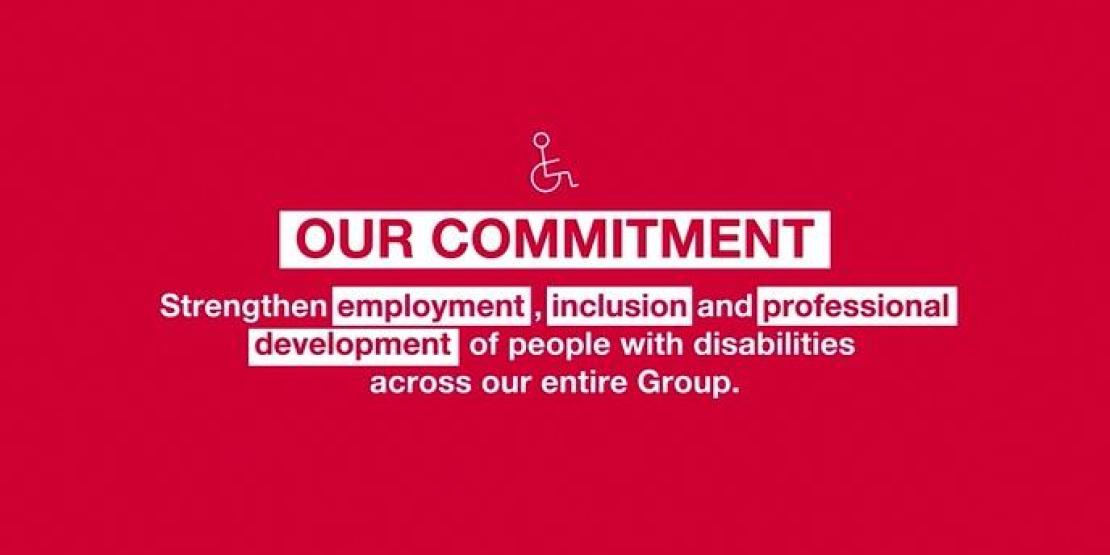 TotalEnergies’s statement for The Valuable 500