With 1.4 billion inhabitants, the Indian market harbors tremendous potential for growth. India's energy needs are immense, and the challenge of developing the country's energy mix has a key role to play in addressing climate change. The Dhamra terminal on India's eastern coast is a shining example of the partnership between TotalEnergies and the Adani Group for marketing five million tons of LNG a year and supplying natural gas to four million customers by 2030. 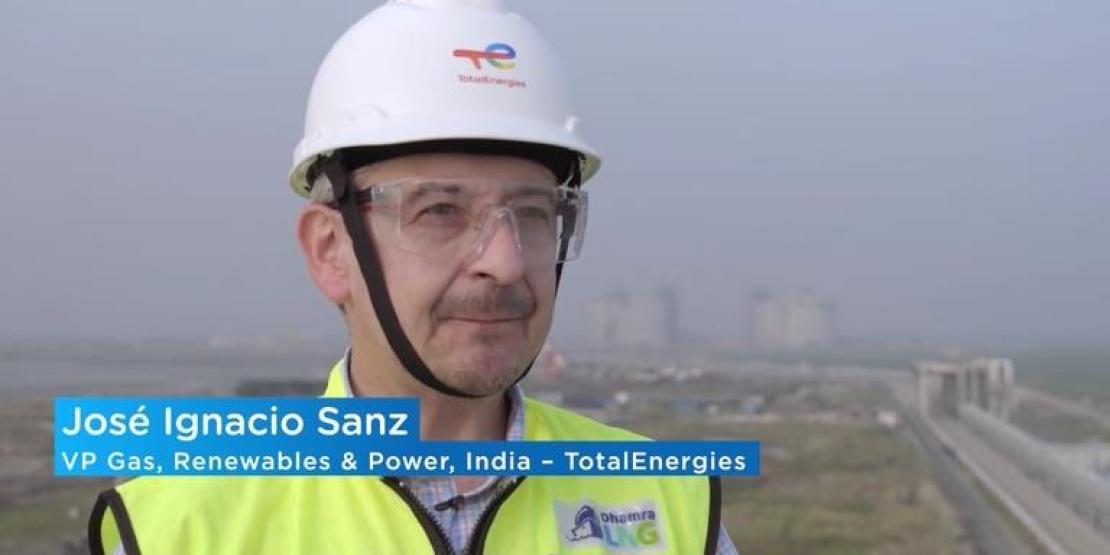 With one of the highest levels of economic and population growth in the world, India has propelled the development of low-carbon energies to the top of the country's priority list. When producing electricity, natural gas generates half as many GHG emissions as coal, which is still widely used across India. This transitional energy is also one of the most attractive options available for reducing the environmental footprint of maritime and land transport.
The Dhamra regasification terminal (featuring a capacity of five million tons a year) is aiming to import LNG to serve its major industrial customers as well as deliver natural gas supplies to inhabitants.

Our partnership with Adani, which happens to be India's largest private conglomerate in the energies and infrastructures sector, is instrumental in developing two cornerstones of our strategy, namely natural gas and renewables.

Gas not only has the power to move the energy transition agenda forward, but it also represents the fossil fuel with the lowest greenhouse gas emissions, meaning that it is the perfect complement to variable renewable energy sources.

Therefore, Adani and TotalEnergies are going to contribute to India's ambition of increasing the proportion of natural gas in the energy mix to 15% by 2030 (compared to 6.5% in 2020) and trebling the amount of electricity generated from renewable sources.