On May 5, 2020, Total announced its ambition of reaching net zero emissions (that is, going carbon neutral) by 2050, together with society, for all its operations worldwide, from production to the use of the energy products sold to its customers. The Group is aligned with the European Union’s goal to achieve carbon neutrality and has some ambitious plans, in terms of both the various scopes and the average carbon intensity of its products. But what does carbon neutrality mean? What are scopes 1, 2 and 3? And how is carbon intensity defined? We asked Mathieu Soulas, Senior Vice President, Strategy & Climate within the Strategy & Innovation Division, to explain these three key concepts. 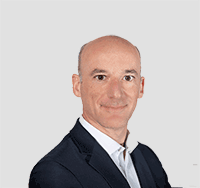 What is carbon neutrality?

Mathieu Soulas / Carbon neutrality is not about having zero emissions, it means that net emissions – that is, greenhouse gases released less those captured in the atmosphere – come to zero.

The first step toward achieving carbon neutrality is to stop wasting energy, to use it as efficiently as possible. Next, we need to minimize emissions from the energy we and our customers consume. To do so, Total’s roadmap takes a three-pronged approach, focusing on products (reducing their carbon intensity), demand (providing or using lower-carbon energy sources) and emissions (promoting carbon pricing, for example). In addition to these points, irreducible or residual emissions must be offset by so-called “negative emissions”. This means creating and developing what are called carbon sinks to capture and store greenhouse gases. The Group invests in two main kinds of carbon sink: natural carbon sequestration through reforestation, and carbon capture, utilization and storage (CCUS).

Total is now aiming to achieve carbon neutrality by 2050. Have we accelerated our climate ambition?

M.S. / Definitely. Our ambition to achieve carbon neutrality by 2050, together with society, breaks down into three major steps. Step 1 is to get to net zero emissions from our operations. These are emissions that we control, be they direct (emissions from our sites: scope 1) or indirect (emissions associated with energy that we purchase for our operations: scope 2). Step 2 involves a commitment to achieving carbon neutrality in Europe1 across the entire value chain, from production to final use of the products we sell to our customers (scopes 1, 2 and 3). This decision is in line with the objectives set by the European Union’s Green Deal. The Group will make the same commitment, together with society, in parts of the world that adopt similar objectives to those in Europe in the future. In doing so, Total is making its climate efforts part of an increasingly broad and demanding framework.

Step 3 involves significantly reducing carbon intensity. What are the milestones on the path to achieving this ambition?

M.S. / Carbon intensity is a measure of the average amount of CO2 emitted per unit of energy sold by the Group to its customers. This indicator includes scopes 1 and 2 – that is, emissions from manufacturing products – as well as, and above all, scope 3, which represents emissions related to the end use of those products, for example, when customers use our fuel in the engines of their vehicles. The less carbon there is in the energy products sold by the Group, the lower the indicator. Since 2015, we have already decreased carbon intensity by 6%, an industry record, as a result of all the initiatives put in place in our business segments and the development of new low-carbon businesses. By 2050, we aim to achieve a 60% decrease (based on 2015 levels) in carbon intensity on a global scale. But 2050 is not tomorrow. So to track our progress, we have set some indicators and intermediate objectives at ten-year intervals: -15% by 2030 and -35% by 2040. The Group has also decided to invest in negative emissions, or carbon sinks, with a ramp-up of our CCUS and Nature Based Solutions (NBS) operations. Not only is the energy transition well on its way, but we’re thinking big, to match the challenges faced by the planet.

Discover our Group's vision, actions and ambition on the climate.