The second part of the infographic looks back at the year 2022 for Team TotalEnergies. This year, no less than 15 victories were achieved by the team, including 4 in the World Tour, the most prestigious races in the cycling world.

Finally, the last part of the infographic presents the milestones for 2023 and reminds us that the partnership between TotalEnergies and the team has been extended until 2025. Next year will start at the end of January with the Tropicale Amissa Bongo in Gabon, followed in February by the Ardennes and Flanders classics. Several races will take place in France: the week-long Paris-Nice (March 5-12), the Paris-Roubaix (April 9) and the most famous cycling race in the world, the Tour de France (July 1-23). Finally, the most important race of the end of the season will be the Vuelta, the Tour of Spain, which will take place from August 26 to September 17. 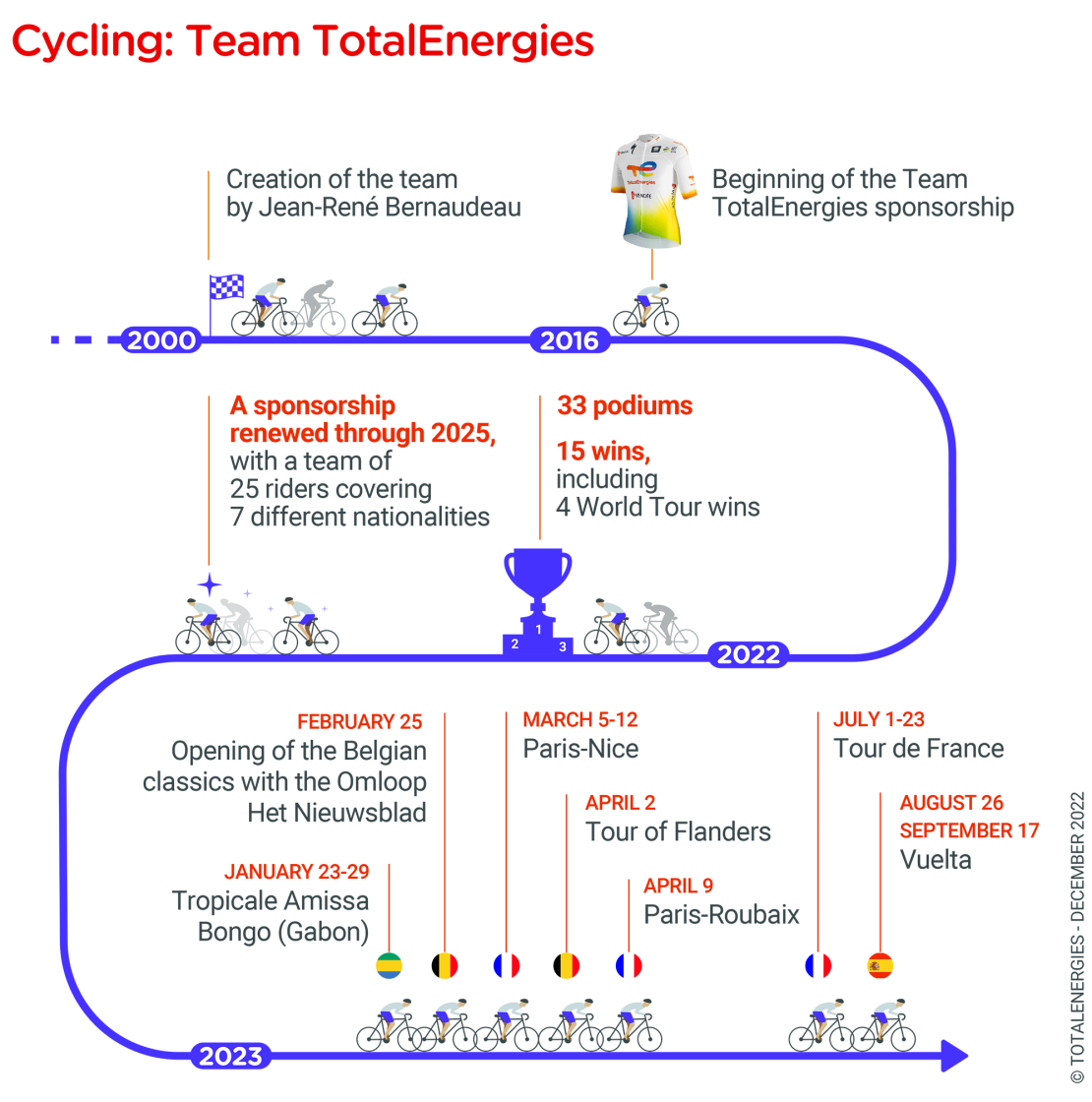