TotalEnergies, official sponsor of the Rugby World Cup France 2023, kicks off a year full of rugby. 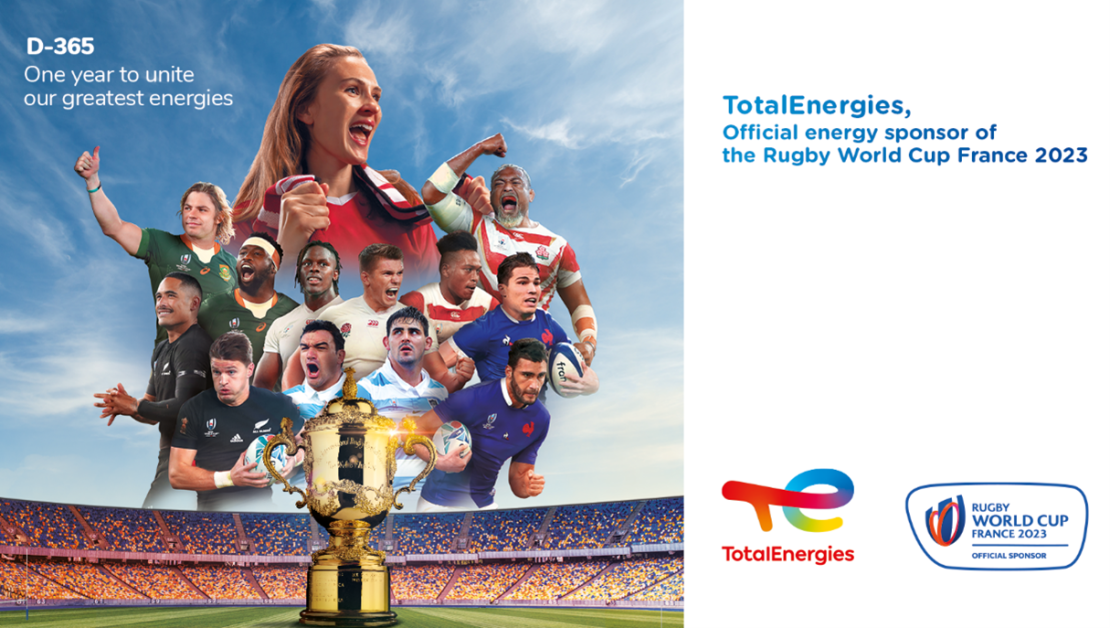 Here we are, the Rugby World Cup France 2023 is one year away. As an official sponsor of the competition, TotalEnergies is preparing for this long-awaited sporting and festive event. Let's take a look at the promotional events, the next steps and our partnership.

The highly anticipated opening match between France and New Zealand will kick off exactly one year from now. On September 8, the French team will face the All Blacks and will launch the competition with a dream match-up. In all, 20 teams will face off from September 8 to October 28, 2023, during 48 matches in nine French host cities. Already, 19 teams have made the cut. The 20th will be selected after the last qualifying tournament in November in Dubai.

While waiting for the festivities to begin in the stadiums, several events in which TotalEnergies is participating have already taken place to promote the competition. A Rugby train has been launched in July with many animations around the oval ball. After 27 cities already visited – including five host cities – the train will continue its journey until the end of its tour in Paris on November 12. At the beginning of July, the Company promoted rugby in Africa by becoming the title partner of the Rugby Africa Cup, the African qualifying tournament.

As an official sponsor of the Rugby World Cup France 2023, TotalEnergies has been played a major role in promoting the competition to the public. On board the special train and in specially installed Rugby Villages in the main squares of the nine host cities. At each train station or Rugby Village, visitors large and small can test the strength of their force with the TotalEnergies Scrum Machine and see how it converts into an energy equivalent from daily life.

Other events will be organised in the coming months to create a constant craze around rugby and to spread the values of integrity, passion, solidarity, discipline, and respect that we share with the world of rugby. Beyond this common attachment, TotalEnergies and the Rugby World Cup France 2023 share the ambition to place sustainable development at the heart of their strategy, their projects, and their operations. 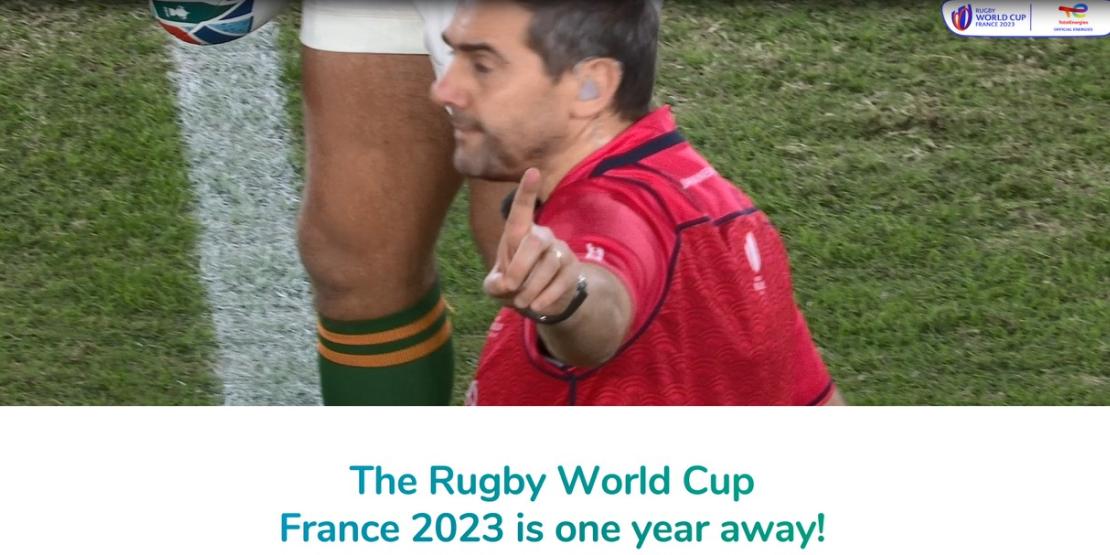 By partnering with France 2023, TotalEnergies wants to help make this Rugby World Cup a moment of sharing and celebration across all regions. It will provide an opportunity for the Company to promote its multi-energies identity and actively engage with all its stakeholders.

Rugby World Cup France 2023 and TotalEnergies share the ambition to put sustainable development at the center of their strategy, projects and operations. Putting this into action, they intend to work together to create an environmentally responsible event, notably through the deployment of a decarbonized mobility plan and the supply of green energy.

For this reason, TotalEnergies is proud to join the ambitious and dynamic family of France 2023 sponsors.