Following the fire at Paris’ Notre-Dame Cathedral in April 2019, Total announced that it would make an exceptional donation to help rebuild the landmark. On Thursday, November 7, Patrick Pouyanné reaffirmed this commitment by signing a €100 million agreement with Guillaume Poitrinal, President of the Fondation du Patrimoine.

The signing took place at Châtelet Theater, a major Parisian heritage site chosen for its location just minutes away from the cathedral. In addition, the theater received joint support from Total Foundation and the Fondation du Patrimoine to restore its main foyer.

The donation will be formalized by a corporate philanthropy agreement setting out a five‑year payment plan. Funding will be released based on the needs expressed by the public organization to be set up to manage the rebuilding process, and on the work schedule.

In July, an emergency law for the preservation and restoration of the cathedral was passed by the French National Assembly. It sets out the role and responsibilities of the future public organization that will manage the reconstruction project under the supervision of the French Ministry of Culture. At present, the site is still being secured. Once the structure is no longer at risk, studies can be carried out to draw up a work schedule.

Why Make This Exceptional Donation?

Total decided to make the donation – the largest ever by the Group – because Notre-Dame Cathedral is iconic of the host region in which the Group first put down its roots.

The cathedral is a universal symbol of human aspiration and ingenuity alike. It is an important part of our shared heritage that must be preserved for the benefit of future generations.

The donation also epitomizes one of Total’s core values – standing together – and is a necessary response to the global outpouring of emotion and support that followed the fire. Many people across the Group had expressed their support and their desire to contribute to the rebuilding process. They were able to do this by donating funds to the Fondation du Patrimoine and by giving their time, via the employee volunteering program Action!, to help manage the influx of donations. 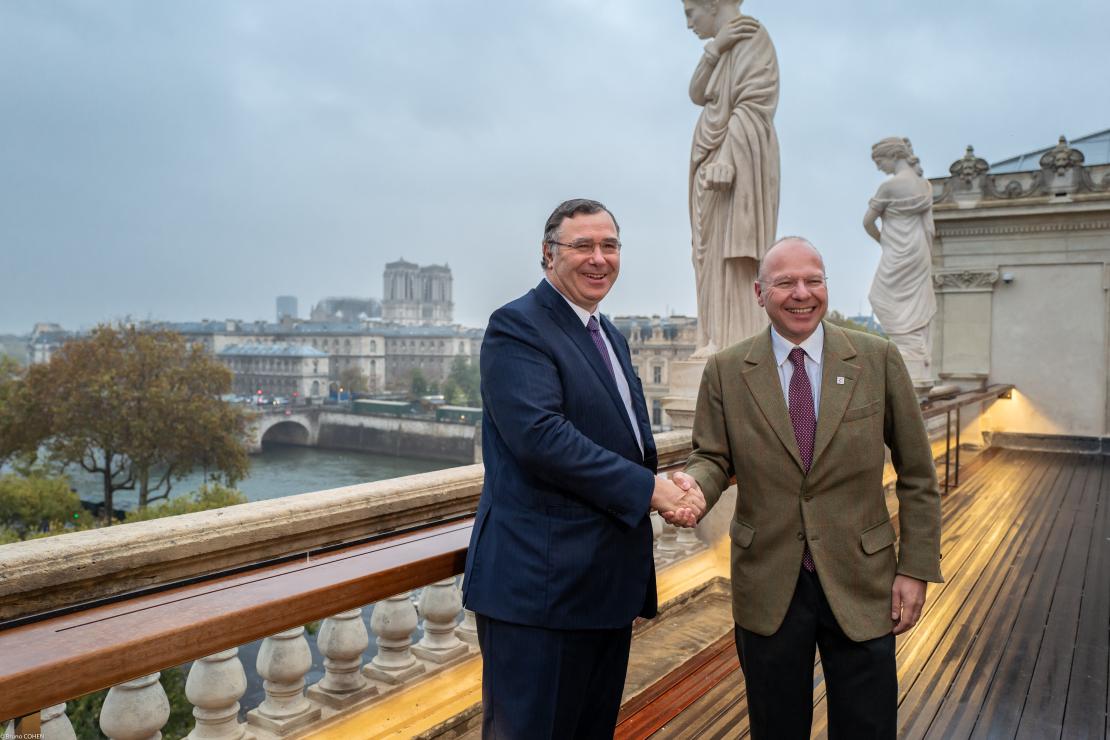 Our actions are carried out both in favor of iconic monuments and local heritage sites, such as mills and wash houses.