At present, 95% of hydrogen is produced from fossil energies and is almost exclusively reserved for industrial uses in refining and chemicals.

In the future, if carbon-neutral production processes are used, hydrogen will play a major role in decarbonizing industry, transportation, and natural gas and in boosting the performance of renewable energies. That’s why TotalEnergies and ENGIE have joined forces to develop the largest green hydrogen production site in France.

Situated in TotalEnergies’ biorefinery in La Mède, the Masshylia project will be supplied with power from solar farms. Its electrolyzer will produce five tons of green hydrogen per day by 2024. The output will be used to supply the refinery with hydrogen for producing biofuel, thereby avoiding 15,000 tons of CO2 emissions per year. 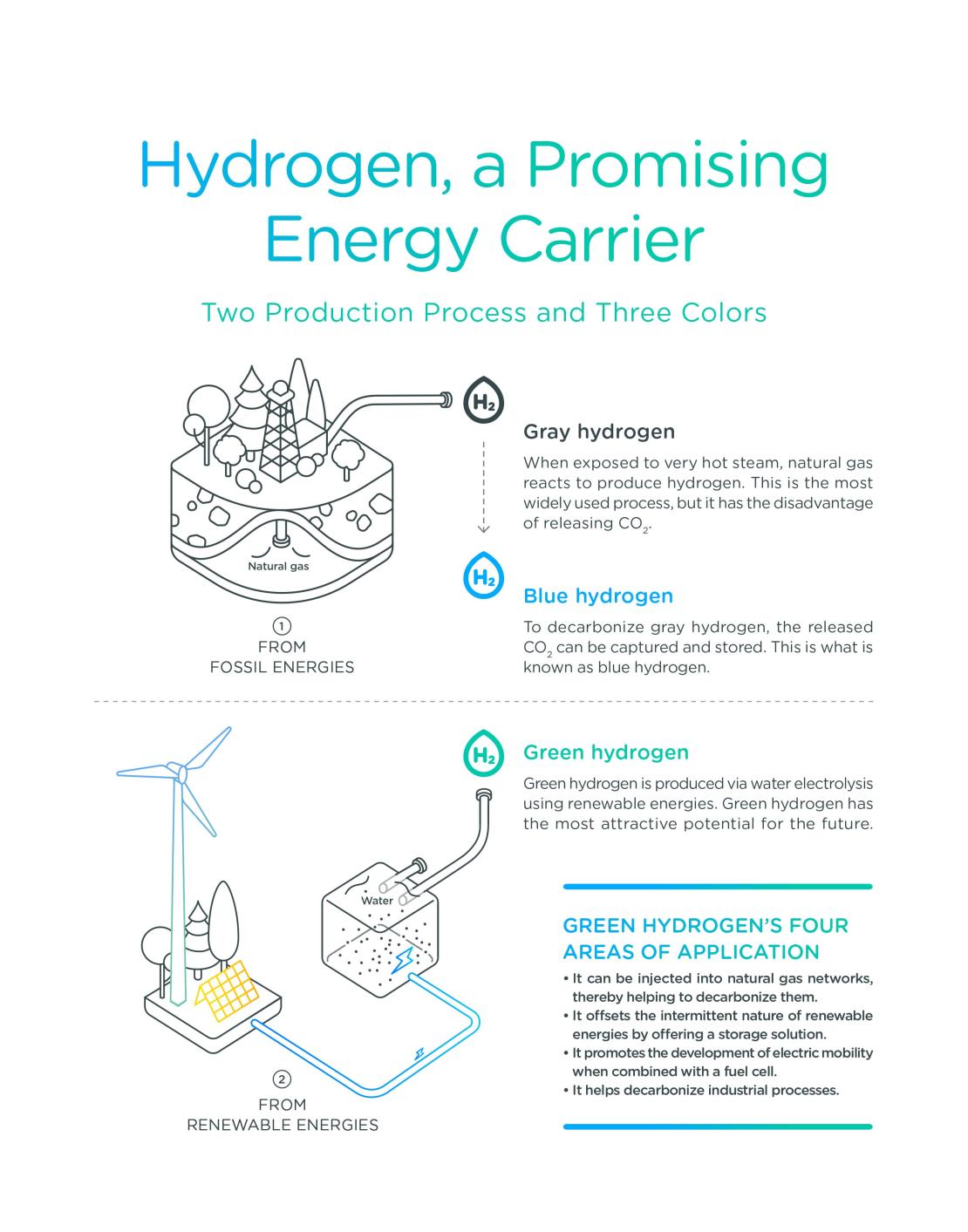 When exposed to very hot steam, natural gas reacts to produce hydrogen. This is the most widely used process, but it has the disadvantage of releasing CO2.

To decarbonize gray hydrogen, the released CO2 can be captured and stored. This is what is known as blue hydrogen.

Green hydrogen is produced via water electrolysis using renewable energies. Green hydrogen has the most attractive potential for the future.