UK: Total starts-up production at Laggan-Tormore in the West of Shetland 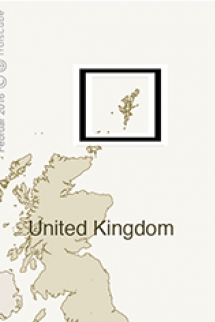 Paris - Total has started-up production from the Laggan and Tormore gas and condensate fields, located in 600 meters of water in the West of Shetland area. The fields will produce 90,000 barrels of oil equivalent per day (boe/d).

Laggan-Tormore is a key component of our production growth in 2016 and beyond. The innovative subsea-to-shore development concept, the first of its kind in the United Kingdom, has no offshore surface infrastructure and benefits from both improved safety performance and lower costs,” said Arnaud Breuillac, President Exploration & Production. “By opening up this new production hub in the deep offshore waters of the West of Shetland, Total is also boosting the United Kingdom’s production capacity and Europe’s energy security.”

The Laggan-Tormore development consists of a 140 kilometer tie-back of four subsea wells to the new onshore Shetland Gas Plant which has a capacity of 500 million standard cubic feet per day. Following treatment at the gas plant, the gas is exported to the mainland via the Shetland Island Regional Gas Export System (SIRGE) and the condensates are exported via the Sullom Voe Terminal.

Total has been present in the United Kingdom for more than 50 years and is one of the country’s leading oil and gas operators, with equity production of 107,000 boe/d in 2015 and expected operated production of 260,000 boe/d in 2016. Total’s production in the United Kingdom comes from several operated fields located offshore in three major zones: the Alwyn/Dunbar area in the Northern North Sea, the Elgin/Franklin area in the Central North Sea and the new Laggan-Tormore hub in the West of Shetland area.