To preserve biodiversity and meet the United Nations Sustainable Development Goals (SDGs), particularly those related to biodiversity, the Company has made four major commitments.

These commitments include respecting the voluntary exclusion zones, i.e. the universal recognition of UNESCO's World Natural Heritage areas, by not conducting any oil or gas exploration or extraction activities in these areas.

The second commitment made by TotalEnergies concerns the management of biodiversity in its new projects. In this sense, the Company ensures that biodiversity action plans are put in place for each new project on a new site located in areas of interest for biodiversity such as IUCN (International Union for Conservation of Nature) zones I to IV and Ramsar zones.

The third value taken into account by TotalEnergies concerns the management of biodiversity within existing sites. At each of our environmentally significant sites, which are certified to the ISO 14001: 2015 standard, we are committed to deploying a biodiversity action plan and to reporting on the implementation of this plan to our stakeholders. 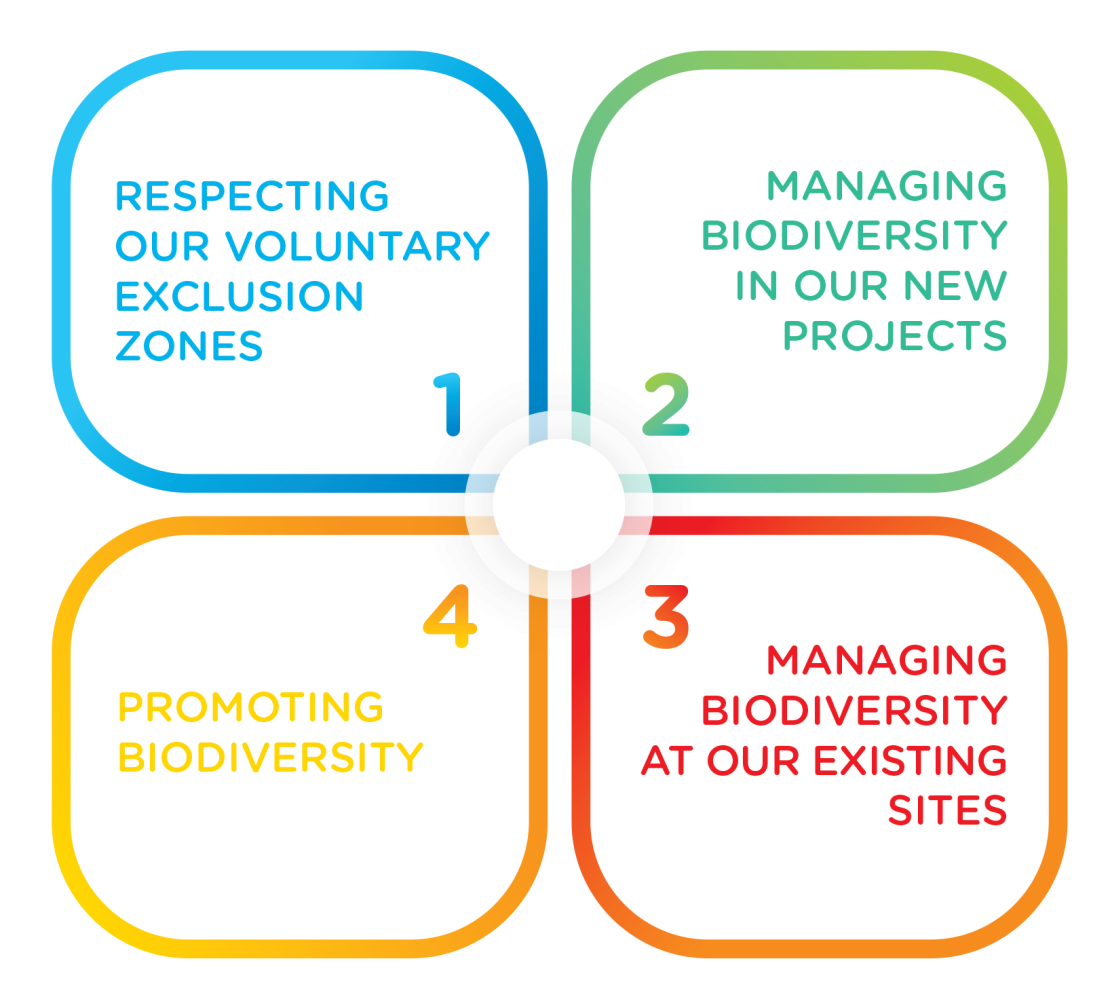