West of Shetland: an innovative underwater facility in the North Sea 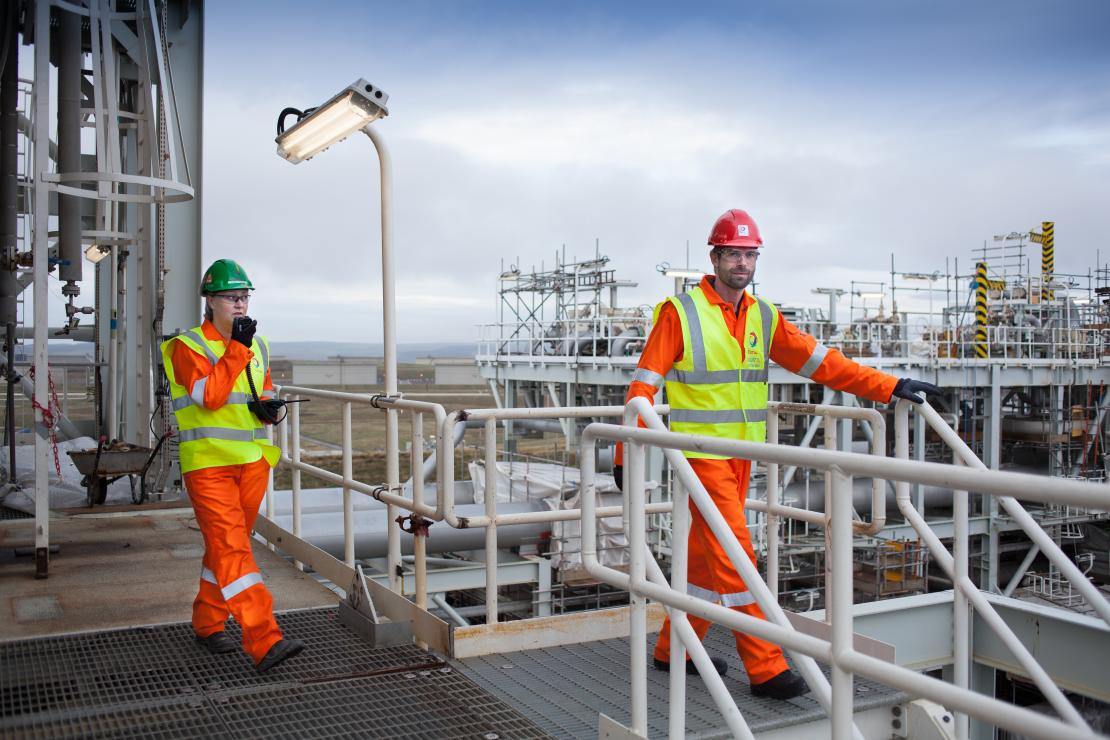 The West of Shetland gas project encompasses the Laggan-Tormore offshore fields, the onshore Shetland Gas Plant, the more recently developed Edradour and Glenlivet offshore fields and the appraisal of the Glendronach field following a major gas discovery in 2018. Carried out under particularly harsh weather conditions, the West of Shetland project involved the installation of the longest subsea pipeline network ever seen on the UK continental shelf. Used for the first time, the project’s subsea-to-shore technology offers new possibilities in deep offshore exploration.

The West of Shetland project is actually three innovative projects combined into one:

Discovered in 1986 and 2007 respectively, the Laggan and Tormore fields are located off the Shetland Isles. Here, despite a steep drop-off from 120 to 600 meters and more below sea level, TotalEnergies has installed the longest subsea-to-shore system ever seen in the North Sea, drilling four wells in some of the deepest and coldest waters in the United Kingdom, and tying them back to a new gas processing plant on the Shetland Isles via a 140 kilometer pipeline network. Production began in February 2016.
Located on the north coast of the main island of the Shetland Isles, the Shetland Gas Plant was built to process gas from the Laggan-Tormore wells. When the production fluids arrive onshore, the liquids (condensates) are removed and piped to the nearby Sullom Voe oil terminal, while the gas is processed before being piped across the United Kingdom. The Shetland Gas Plant currently supplies around 8% of the UK’s TotalEnergies gas consumption, representing enough gas for two million households.
West of Shetland took on a new dimension in August 2017, when two new fields – Edradour and Glenlivet – came on stream. The two fields lie some 75 kilometers and 90 kilometers north west of the Shetland Isles, in water depths of 295 meters and 435 meters respectively. Delivered a year ahead of schedule, the project consists of three wells tied back to the existing Laggan-Tormore production system, which exports the gas to the onshore Shetland Gas plant.
With a production capacity of 90 thousand barrels per day, the West of Shetland project makes TotalEnergies the country’s number one operator.

The West of Shetland project marks the culmination of more than ten years of research and development for TotalEnergies, with the first-time use of subsea-to-shore technology.

The aim of this new development method is to install the entire production system directly on the seabed and completely eliminate the need for offshore surface infrastructure. The use of these subsea production systems enables us to go further offshore, in deeper waters (3,000 meters and more) and in harsher conditions (pressure, temperature, ocean currents), while improving installation safety and reducing costs.
Deepwater reserves are a key resource for the energy future: of the 400 billion barrels of oil equivalent yet to be developed worldwide, more than 30% are thought to be deep offshore. With the subsea-to-shore technology breakthrough, TotalEnergies has opened up new opportunities for exploration in the waters west of the Shetland Isles, an area that accounts for 17% of the UK’s undeveloped oil and gas reserves. To preserve the island’s natural and historic heritage, the construction of the Shetland Gas Plant and its surrounding infrastructure was carried out in consultation with local authorities. As a result, TotalEnergies decided to remove the peat excavated during construction of the plant and place it in two vast stores, enabling the peat to be preserved over time without releasing any CO2 into the atmosphere. When the plant is decommissioned, the peat will be put back in place, returning the landscape to its natural state. A world first!

TotalEnergies in the United Kingdom