Appointment to the Executive Committee of TotalEnergies

Paris, September 8 2021 – As part of the deployment of TotalEnergies’ new organization, effective September 1, 2021:

“We are delighted to welcome Nicolas Terraz, the new President of Exploration & Production, to the Executive Committee. I want to thank very warmly Arnaud Breuillac for E&P’s performance and resilience since 2014 under his leadership,” said Patrick Pouyanné, Chairman and Chief Executive Officer of TotalEnergies. “In addition, the Executive Committee has decided to bring together all of our technical teams in charge of operations and projects and our R&D teams within a single cross-Company unit called OneTech. Namita Shah, who has shown her effective management skills as President of People & Social Responsibility, will lead this reorganization. With OneTech, we are resolutely gearing up to accelerate our transformation into a broad energy company.” 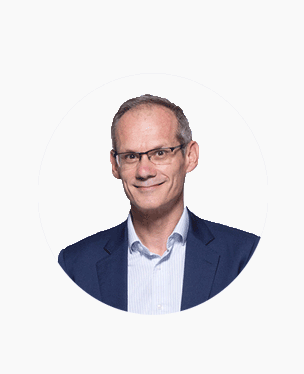 Nicolas Terraz :
Nicolas Terraz started his career in the French Ministries of Industry (1994-1997) and Public Works and Transportation (1997-2001) and joined TotalEnergies in 2001.

In 2019, Nicolas Terraz was appointed Senior Vice President Africa and a member of the management committee of the Exploration & Production segment of TotalEnergies.

Born in 1969, Nicolas Terraz is a graduate of the Ecole Polytechnique and the Ecole Nationale des Ponts et Chaussées and earned a Master of Science in Technology and Policy from the Massachusetts Institute of Technology.

Namita Shah :
Namita Shah began her career as an Associate Attorney at Shearman & Sterling, a New York law firm, where she spent eight years providing advice and supervising transactions including those involving financing of pipeline and power plant companies.

She joined TotalEnergies in 2002 as a Legal Counsel in the E&P mergers and acquisitions team. In 2008 she joined the New Business team, where she was responsible for business development in Australia and Malaysia. She held this position until 2011, when she moved to Yangon as General Manager, TotalEnergies E&P Myanmar. On July 1, 2014, she was appointed Senior Vice President, Corporate Affairs, Exploration & Production.

On July 1, 2016, Namita Shah was appointed President, People & Social Responsibility and member of the Executive Committee.

Indian and French, Namita Shah is a graduate of Delhi University and the New York University of Law. 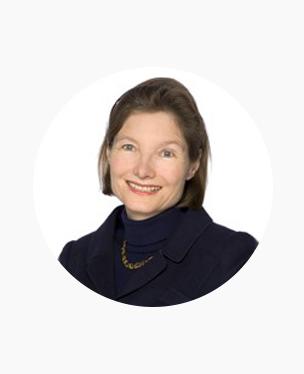 Helle Kristoffersen :
Helle Kristoffersen began her career in 1989 at the investment bank Lazard Frères. In 1991, she moved to the transportation and logistics company Bolloré. In 1994, she joined Alcatel, where she continued her career until 2010. She served as Alcatel’s and then Alcatel-Lucent’s Senior Vice President, Strategy.

In 2019, she was appointed President, Strategy & Innovation and a TotalEnergies Executive Committee member.

A dual Danish and French national, Helle Kristoffersen is a graduate of the Ecole Normale Supérieure and the Paris Graduate School of Economics, Statistics and Finance (ENSAE) and holds a master's degree in econometrics from Université Paris 1. She is an alumna of the Institute for Higher National Defense Studies (IHEDN) and a Knight of the Legion of Honor.

Agnieszka Kmieciak :
Agnieszka Kmieciak began her career at PSA Peugeot Citroen in Warsaw, Poland. She joined Schlumberger in 2000 where she held a succession of senior leadership positions in HR including HR Director Production Group, Global Talent Management and Workforce Planning and North America Shared Services. Earlier in her career at Schlumberger she held various management positions in HR, Operations and Business Consulting in North America, Europe and North Africa.

In 2018 she joined TechnipFMC as Executive Vice President People & Culture where she led the HR function as well as Global Business Services.

About TotalEnergies
TotalEnergies is a broad energy company that produces and markets energies on a global scale: oil and biofuels, natural gas and green gases, renewables and electricity. Our 105,000 employees are committed to energy that is ever more affordable, clean, reliable and accessible to as many people as possible. Active in more than 130 countries, TotalEnergies puts sustainable development in all its dimensions at the heart of its projects and operations to contribute to the well-being of people.

Cautionary Note
This press release, from which no legal consequences may be drawn, is for information purposes only. The entities in which TotalEnergies SE directly or indirectly owns investments are separate legal entities. TotalEnergies SE has no liability for their acts or omissions. The terms “Company” or “TotalEnergies company” refer collectively to the company TotalEnergies SE and the companies it controls directly or indirectly. Such terms are used solely for the sake of convenience for purposes of the present communication. Likewise, the words “we”, “us” and “our” may also be used to refer to subsidiaries in general or to those who work for them. This document may contain forward-looking information and statements that are based on a number of economic data and assumptions made in a given economic, competitive and regulatory environment. They may prove to be inaccurate in the future and are subject to a number of risk factors. Neither TotalEnergies SE nor any of its subsidiaries assumes any obligation to update publicly any forward-looking information or statement, objectives or trends contained in this document whether as a result of new information, future events or otherwise.