Biographies of the Members of the Executive Committee

Under the responsibility of the Chairman and Chief Executive Officer, the Executive Committee is the decision-making body of TotalEnergies. It implements the strategic orientations defined by the Board of Directors and authorizes related investments or divestments in accordance with the internal governance rules, subject to the approval of the Board of Directors for the investments or divestments involving amounts exceeding 3% of shareholders' equity. Since September 1, 2021, the members of Executive Committee are as follows. 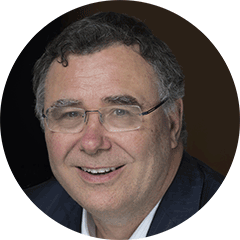 A graduate of École Polytechnique and a Chief Engineer of France’s Corps des Mines, Mr. Pouyanné held, between 1989 and 1996, various administrative positions in the French Ministry of Industry and other cabinet positions (technical advisor to the Prime Minister – Édouard Balladur – in the fields of the Environment and Industry from 1993 to 1995, Chief of Staff for the Minister for Information and Aerospace Technologies – François Fillon – from 1995 to 1996). In January 1997, he joined TOTAL’s Exploration & Production division, first as Chief Administrative Officer in Angola, before becoming Group representative in Qatar and President of the Exploration and Production subsidiary in that country in 1999. In August 2002, he was appointed President, Finance, Economy and IT for Exploration & Production. In January 2006, he became Senior Vice President, Strategy, Business Development and R&D in Exploration & Production and was appointed a member of the Group’s Management Committee in May 2006. In March 2011, Mr. Pouyanné was appointed Deputy General Manager, Chemicals, and Deputy General Manager, Petrochemicals. In January 2012, he became President, Refining & Chemicals and a member of the Group’s Executive Committee.

Mr. Pouyanné has also been the Chairman of the Alliance pour l’Education - United Way association since June 2018, having accepted this office as Chairman and Chief Executive Officer of the Company. In addition, he has been a member of the Board of Directors of Ecole Polytechnique (since September 2018), of the Institut Polytechnique of Paris (since September 2019) and of the Association Française des Entreprises Privées (French Association of private companies) (since 2015), of the Institut du Monde Arabe (since 2017) and of the La France s’engage foundation (since 2017). 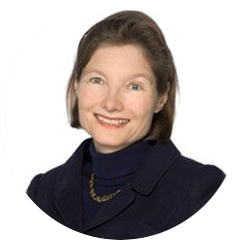 Helle Kristoffersen began her career in 1989 at the investment bank Lazard Frères. In 1991, she moved to the transportation and logistics company Bolloré. In 1994, she joined Alcatel, where she continued her career until 2010. She served as Alcatel’s and then Alcatel-Lucent’s Senior Vice President, Strategy.

In 2019, she was appointed President, Strategy & Innovation and a TotalEnergies Executive Committee member.

On September 1, 2021, she was appointed President, Strategy & Sustainability and member of the Executive Committee.

A dual Danish and French national, Helle Kristoffersen is a graduate of the École Normale Supérieure and the Paris Graduate School of Economics, Statistics and Finance (ENSAE) and holds a master's degree in econometrics from Université Paris 1. She is an alumna of the Institute for Higher National Defense Studies (IHEDN) and a Knight of the Legion of Honor. 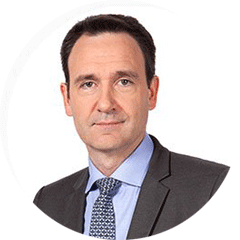 After serving as Energy Advisor to the French Finance Minister (2002-2004), Stéphane Michel joined the Company in 2005, working as Business Development Manager for the Downstream Asia division, based in Singapore.

On March 1, 2021, Stéphane Michel is appointed President of Gas, Renewables and Power segment and a member of the Executive Committee. 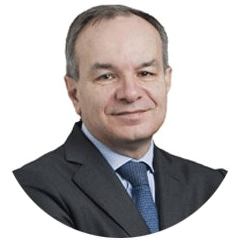 Bernard Pinatel is a graduate of the École Polytechnique and the Institut d’Études Politiques (IEP) de Paris and has an MBA from the Institut Européen d’Administration des Affaires (INSEAD). He is also a statistician-economist (École Nationale de la Statistique et de l’Administration Économique – ENSAE).

He started his career at Booz Allen & Hamilton, before joining the company TotalEnergies in 1991, where he occupied various operational positions in the production plants and head offices of different subsidiaries, including Hutchinson and Coates Lorilleux. He became the CEO France, and then the CEO Europe of Bostik between 2000 and 2006, and the Chairman and Chief Executive Officer of Cray Valley, from 2006 to 2009. In 2010, he became the Chairman and Chief Executive Officer of Bostik. At TotalEnergies, he became a member of the Company’s Management Committee in 2011 and was member of the Management Committee of Refining & Chemicals from 2011 to 2014.

When Arkema took over Bostik in February 2015, he was nominated as a member of the Executive Committee of Arkema, responsible for the High-Performance Materials activity.

He joined TotalEnergies on September 1, 2016, and was appointed President of the Refining & Chemicals segment and a member of the Executive Committee. 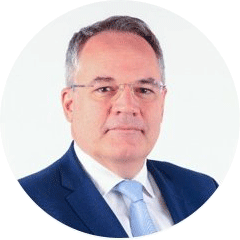 Jean-Pierre Sbraire began his career at TotalEnergies in 1990 in the Trading & Shipping Division. In 1995, he joined Exploration & Production, holding various positions in Paris and Nigeria in finance, economics and business development.

In 2005, he was appointed General Secretary and Finance Manager for TotalEnergies in Venezuela. In 2009, within the Company’sFinancial Division, he became Senior Vice President, E&P Subsidiaries Financial Operations.

Mr. Sbraire is a graduate of ENSTA ParisTech engineering school and has a master’s degree from IFP School. 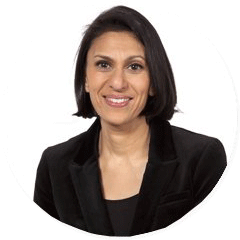 Namita Shah began her career as an Associate Attorney at Shearman & Sterling, a New York-based law firm, where she spent eight years providing advice and supervising transactions including those involving financings of pipeline and power plant companies.

She joined TotalEnergies in 2002 as a Legal Counsel in the E&P mergers and acquisitions team. In 2008, she joined the New Business team, where she was responsible for business development in Australia and Malaysia. She held this position until 2011 when she moved to Yangon as General Manager, TotalEnergies E&P Myanmar.

On July 1, 2016, Namita Shah was appointed President, People & Social Responsibility and a member of the Executive Committee.

On September 1, 2021, she was appointed President, One Tech and member of the Executive Committee.

Indian and French, Namita Shah is a graduate of Delhi University and the New York University of Law. 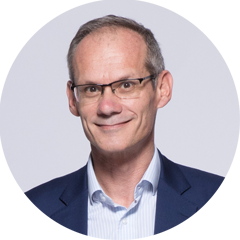 Nicolas Terraz started his career in the French Ministries of Industry (1994-1997) and Public Works and Transportation (1997-2001) and joined TotalEnergies in 2001.

In 2019, Nicolas Terraz was appointed Senior Vice President Africa and a member of the management committee of the Exploration & Production segment of TotalEnergies.

Born in 1969, Nicolas Terraz is a graduate of the Ecole Polytechnique and the Ecole Nationale des Ponts et Chaussées and earned a Master of Science in Technology and Policy from the Massachusetts Institute of Technology. 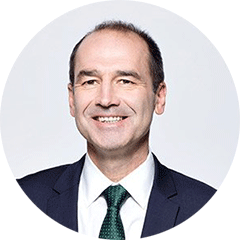 Alexis Vovk began his career at the company TotalEnergies in 1991 in the UK, in the division in charge of Refining and Marketing activities.

Following a first position in France, he pursues an international career with several technical and commercial positions in Turkey and Tunisia.

After a position at the division’s Strategy department, he is appointed Managing Director for TotalEnergies in Zambia in 2007, followed by similar positions in Kenya from 2010 and in Nigeria between 2013 and 2016.

In 2016, he becomes Senior Vice President France and President of TotalEnergies Marketing France, in charge of TotalEnergies’ operational activities in France, notably overseeing the  service-stations’ network in the country. He additionally joins the Marketing & Services Management Committee in 2019.

On January 1, 2020, Alexis Vovk is appointed President, Marketing & Services and a member of the Executive Committee.

Alexis Vovk is a graduate of ESSEC Business School (1988).

Biographies of the Members of our Corporate Governance Bodies

Profile, experiences and expertises: read the biographies of the members of the Board of Directors and General Management.
Learn more